Election outcome changes tax landscape – just not how we expected 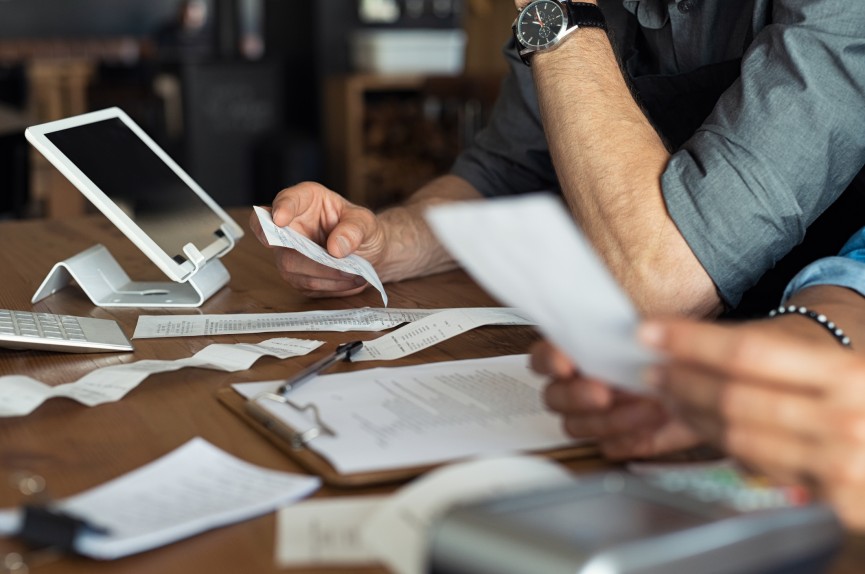 You were probably just as surprised as we were.  In fact, because we thought a change in government was most likely, we didn’t wait until the 18 May election itself to invest time and effort into developing strategies for the Opposition’s tax policies.  The purpose of these strategies was, for example, to put you in the best position possible in a world without franking credit refunds and with a minimum 30% tax on trusts.  And for many of you, that would have required action before 30 June 2019.

That’s why there was an urgency around the client seminars held in each Nexia office during the last week of May.  But then, of course, after election day, things suddenly weren’t so urgent.  Nonetheless, some intense work to recast the seminar topic enabled us to talk about other upcoming matters of importance to you, and opportunities, such as maximising the use of franking credits, fuel tax credits and ATO areas of audit focus.

What’s interesting about writing this in the aftermath of the Government’s unexpected re-election is that it’s a bit like the old Seinfeld sitcom – a “show about nothing”, but in fact was about everything.  The Government’s tax policies could be summarised as simply not doing any of the things the Opposition proposed.  Beyond that, it was little more than the 3-stage personal income tax changes, which extend out to 2025.  The Bill has now been passed by Parliament, meaning the legislated personal tax rates are as follows: 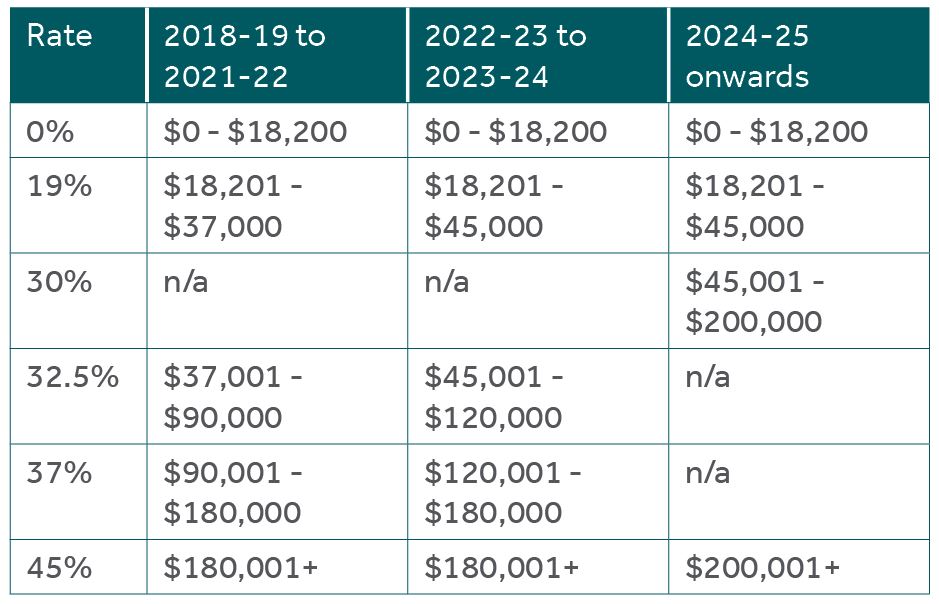 Of course, for most people, you need to add to the above rates the 2% Medicare levy, which is merely income tax by another name.  So, from 2024/25 – unless the current or a future government makes any changes before then – 94% of taxpayers ($45,001 - $200,000 income bracket) will be on a marginal tax rate of 32% (not 30%).  Well, that implements the Government’s re-election tax policies.  Perhaps the plural there was a bit generous.

Perhaps the most telling insight was the negotiation with the crossbench Senators to secure sufficient votes to pass the abovementioned Bill.  Requiring the support of only 4 out of 6 crossbenchers to pass a Bill that is opposed by the Opposition and Greens (compared to 9 out of 11 previously), the Government’s task in getting its legislative agenda through the Senate is now a lot less difficult.  That can be both good and bad.

This is where the show might become about everything.

The new Senate composition is good in that desirable initiatives that had been either blocked or lapsed upon the dissolution of Parliament now have a better chance of becoming a reality.  They include things like reducing the company tax rate from 30% to 25% for all companies, not just those with group-wide turnover below $50 million.

But it can also be bad in that some less-than-desirable changes might also be resurrected.  One example is the controversial policy of retrospectively removing the entire exemption from capital gains tax on your family home if you cease to be an Australian tax resident.  Many professionals – including the author – had conveyed to the government why this idea violates the rather important principle in good tax policy of horizontal equity – people in similar circumstances should bear a similar tax impost.  It seemed that the message had got through when the then-Assistant Treasurer indicated that the lapsed Bill might be left as forgotten.  But then, the Treasurer has now confirmed that the Government will press ahead with the policy.  Nexia will continue to advocate for a more sensible policy design.

Turning to the bigger picture, although I’m not holding my breath, a more cooperative Senate gives a sliver of a chance for some genuine reforms to the tax system.  (Tax cuts aren’t “reform”.)  Genuine reform results in the tax system operating better for individuals and businesses, and getting the balance right between efficiency, simplicity and equity.  There is a long list of improvements that could be made in pursuit of those lofty goals.

Now that would be a show about everything.