No deductions anymore for “vacant” land – and sometimes when not vacant 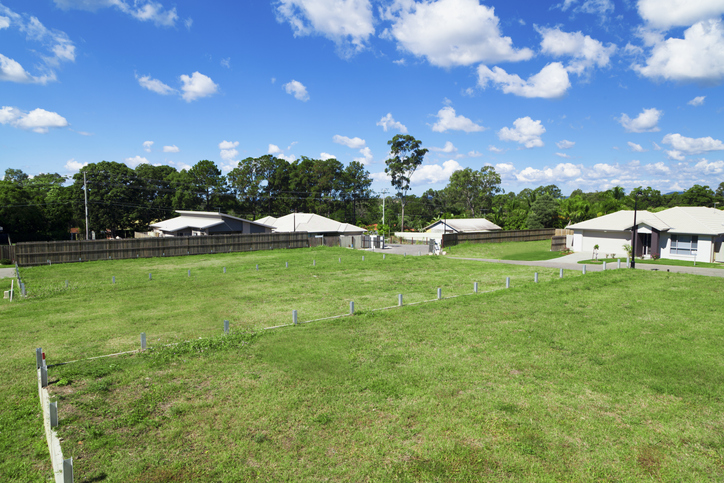 If land features in your affairs – and that’s the case for a lot of people – you might want to take note of an impending change in the tax law.

A Bill before Parliament proposes from 1 July 2019 to deny a deduction for holding and financing costs for “vacant” land, which currently would be deductible in the ordinary course where the land is intended for an income-producing purpose.  The Bill will likely pass into law.  The changes will apply to all land, whether acquired before or after 1 July.

The targeted costs are interest on a loan funding the acquisition and development of land, council rates, land tax, insurance and maintenance costs.  It seems that the changes will not affect one-off borrowing costs (eg, application fees, mortgage duty, etc), which are deducible over five years.

The new deduction-denying rules might well apply to you if you’re undertaking property ventures or investments like these:

In the above scenarios, there would generally be no interruption to the deductibility of the abovementioned costs – until now.

Broadly, vacant land is land with no “substantial and permanent structure” on it that is in use or available for use.  A substantial and permanent structure includes a building or warehouse, but not incidental structures like a garage, shed, piping or powerlines.  Whilst the “available for use” requirement implies a building must be complete, there is a specific rule for residential property.  They are regarded as vacant land until lawfully able to be occupied, which means you need the notice of completion from the relevant authority.

There are two exceptions to this new rule.  The first is based on who you are.  The new rule will not apply to companies, non-self-managed superannuation funds, managed investment trusts, public unit trusts and partnerships of these entities.  Accordingly, the changes largely apply to individuals, self-managed superannuation funds and private trusts – which cover a large portion of private property ventures and investments.

Secondly, after narrowing it down to those who are subject to the new rules, there is an exception based on what you do with your land.  There is no denial of any deductions where the person/entity or certain related parties use the land in carrying on a business.  For example, developing a high-rise apartment building for individual sale that is of a size and scale such that it amounts to carrying on a business.  Another example is commercial premises leased to a related party that carries on a business from those premises.

Who will be denied deductions

In summary, deductions will be denied mostly for individuals, self-managed superannuation funds and private trusts holding land that is not used in carrying on a business (by them or a related party).  The typical scenarios include constructing commercial and residential rental investments.  Also included are small-to-mid-scale property developments for sale that, whilst definitely are a profit-making venture, fall short of the higher bar of carrying on a business.  Often, such ventures are thought of as a business when in fact they’re not, and thus we caution against making any such assumptions about any particular property venture of yours.

The reason the government has given for imposing a blanket deduction denial on vacant land is that the ATO was fed up with arguing the toss with people who were (wrongly) claiming deductions in situations where there was no genuine intention to use the land for an income-producing purpose.  In other words, there is no defect in the current law, it’s just that some people are lax in following the law under our self-assessment system.

The solution has been to simply take away the deductions, so there’s no longer anything to argue over in the first place.  The flaw here, perhaps, is that if the problem is that some people aren’t paying attention to the current law, those people are unlikely to pay attention to the new law.  As long as they remain undetected, they’re in the exact same position as before – claiming deductions to which they are not entitled – while everyone genuinely entitled to deductions will now be denied.

Deductions for those costs mentioned above will now be denied when they relate to any period of time that land is “vacant land”.  For example, you acquire vacant land in your family trust with the intention of building a new house on it to rent out.  Your interest, rates, etc. relating to the period up to when you obtain notice of completion will no longer be deductible.  Or, let’s say you have an established rental property, and you decide to demolish the house, subdivide and build two units for sale.  This will most likely be a profit-making venture, but not a business (and thus that second exception won’t apply).  Between demolition and obtaining notice of completion for the units, the property is “vacant land”, and thus those costs relating to that period of time will not be deductible.

Perhaps the one salvation is that the costs denied a deduction will usually be added to the cost base of the property, which in turn will reduce any capital gain arising on sale.  However, where the gain qualifies for the 50% general discount, the tax saving from those costs is essentially halved, and it might be years before you get the benefit.

Profit-making property developments are often undertaken through a private trust, or even in individuals’ names.  However, a quirk in the way these new rules interact with the Capital Gains Tax rules can disadvantage such developments, by cancelling any tax saving from the deduction-denied costs being added to the property’s cost base.  Accordingly, this disrupts some norms, and a company might now become the preferred structure, due to being exempt from these new rules.  There is also the attractiveness of the lower company tax rate of 27.5% (falling to 25% by 2021/22).

Deductions for costs relating to vacant (and not-so-vacant) land will now be denied in many cases, and what was once the ideal legal structure for you might not be so any longer.  It is therefore of greater imperative than ever to seek advice from your trusted Nexia Edwards Marshall advisor before starting any property investment or venture.  We can advise you on the optimum legal structure for you, and the correct tax treatment under the law of all your costs.  Given the often sizeable amounts of money involved, you’ll have peace of mind in knowing you’re in the best position, and haven’t inadvertently denied yourself significant tax deductions.