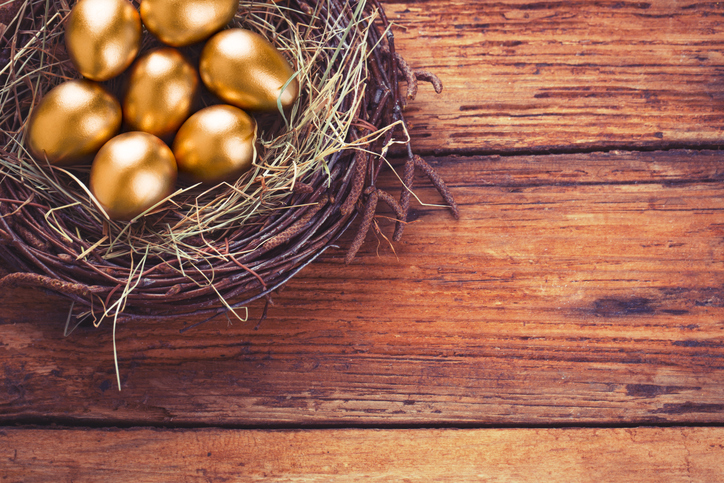 With a Federal election due by the end of May this year, and the Coalition Party behind in the polls, the Labor Party’s (ALP) policy to abolish the refund of excess dividend franking credits for many taxpayers, including many SMSFs, is a topic of great interest. To help demystify the topic a little we have outlined the history of dividend franking in Australia and detailed the ALP’s proposal.

Until 1987 Australia followed what is often called the “classical” model of taxing company dividends. Under this model, companies paid tax on their profits and paid dividends from after-tax profits to shareholders, who in turn paid tax on their dividends with no reference to tax paid by the company. In 1987 the Hawke Government introduced a system of dividend franking, under which tax paid by the company could be applied against tax payable by the shareholder. The aim was to eliminate double taxation, and the franking credit could be applied to reduce the tax payable by the shareholder to nil but did not result in a tax refund.

In 2000 the Howard Government extended the imputation system by allowing franking credits in excess of the tax payable by individuals and super funds such that the credits could generate a tax refund. The availability of excess credit refunds has grown to be a major factor in investment selection and tax planning for many Australians.

From the point of view of the Federal Budget, the refund of excess franking credits represents a hole in the revenue “bucket”. It can be viewed, in effect, as collecting tax from companies then giving it away to shareholders. The ALP’s policy announcement claims that these refunds now total $6 billion a year. Of course, the proposal is controversial because, since the introduction of the refunds in 2000, dividend franking refunds have come to be a major investment consideration. Many retirees may depend on these refunds to provide a valuable source of income in their retirement.

There have been conflicting claims over who would be affected by the change. The Coalition has used taxable income data to argue that the change will affect people on low incomes, but this analysis has been criticised on the basis that superannuation pensions paid to people over 60 are not included in taxable income, so potentially large sources of income are being ignored. The ALP claims that its distributional analysis shows that excess franking credits overwhelmingly favour the wealthiest retirees. However, there may be a large number of taxpayers in receipt of smaller amounts who resent the attempt to remove the refunds.

Internationally, there are four other OECD countries with a dividend imputation system similar to Australia’s original 1987 model, but it seems that Australia is alone in allowing the full refund of excess imputation credits.

We may see companies with large franking account balances adopting strategies such as share buy-backs or the payment of special dividends in order to pass on franking credits to shareholders before 1 July 2019.

The ALP has also proposed a number of other significant changes to superannuation, which should not be overlooked, including:

The rules relating to superannuation, and in particular SMSF’s, have in recent years been subject to frequent changes, and 2019 looks to be no different. Of course, these changes may take some time to come into effect, so whilst it is good to have an understanding of the proposed changes it is wise to remember that they are currently only proposed and not yet law. Please feel free to contact one of our superannuation specialists if you would like to know any more about the proposed policies

The Hopeful Super Fund is an SMSF which has decided to invest heavily in shares paying fully franked dividends, with the aim of taking advantage of the refund of franking credits. All members of the Fund are currently in accumulation phase, and no member is in receipt of an Australian Government pension of allowance.

We compare the Fund’s income tax position under the current law and under the ALP’s proposal below, which would see a return to the original 1987 imputation system. 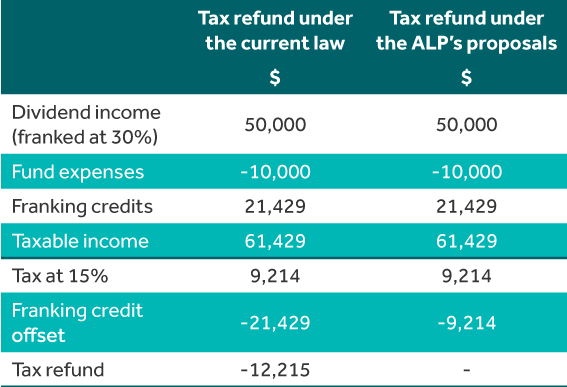 How can Nexia Edwards Marshall help you?

For any questions or to discuss any of the above in relation to your personal situation, please contact Alanah Boylon or your Nexia Edwards Marshall Adviser.