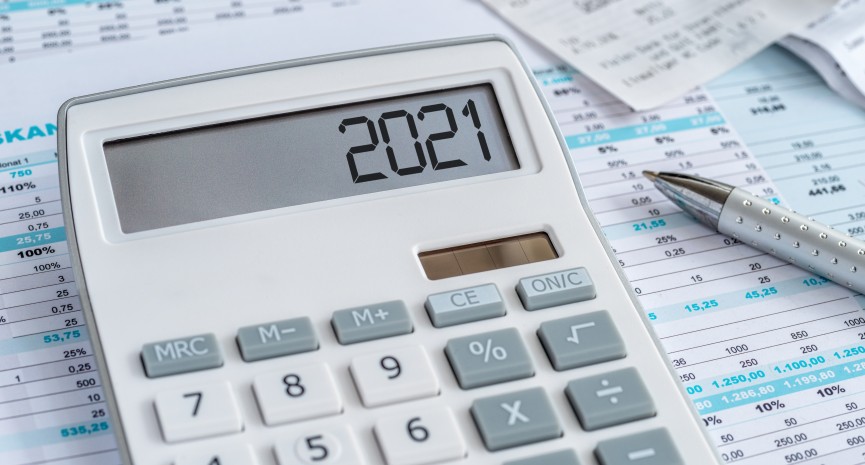 Well, what a year it was.  With two Federal Budgets, one recession, one recovery, and a pandemic – the latter two still in progress – we may well be happy to see the end of 2020-21.  But as we look forwards, there is still a long way to go.  And with that, a number of changes came into effect on 1 July 2021.  Here’s a selection of the changes and what they mean for you.

For companies with group-wide turnover below $50 million and up to 80% of their income is passive income, a tax rate of 25% applies (down from 26%, 27.5%, 28.5% and 30% over the last six years).  Other companies continue with a tax rate of 30%.  The two-rate system continues to cause additional compliance costs and tax management issues.

One of the more significant tax management issues arising from a two-rate system for companies is that the rate at which a dividend is franked is not necessarily the same as the company’s tax rate that year.  For the 2021-22 income year, there are only two possible franking rates – 30% or 25%.  The main situation to be wary of is paying a dividend drawn from profits earned in an earlier year that were taxed at one rate (eg, 30%/28.5%/27.5%/26%), but are franked at a lower rate (ie, 25%).  This causes wastage of franking credits and over-taxation.

The worst-case scenario is paying a dividend out of profits taxed at 30% that is required to be franked at 25%.  A shareholder on the top personal tax rate of 47% ends up with 49 cents in the dollar out of the original company profits – an effective tax impost on those profits of 51%.

The alternate scenario is paying a dividend drawn from profits taxed at 28.5%/27.5%/26%/25% that is required to be franked at 30%.  The risk here is having insufficient franking credits available, thus sending the company’s franking account into deficit.  This triggers Franking Deficit Tax, and possibly the punitive Franking Additional Tax.  However, this is completely manageable, averting an unpleasant surprise later on, provided you manage the franking process before paying the dividend.

From 1 July, the rate for compulsory employer superannuation contributions on behalf of employees rose from 9.5% to 10%.  Some comments in the media are a little perplexing, as the issues arising from the increase are no different this time to every other increase over the last 30 years from the original 3% rate.

Over the years, negotiating award rates usually factored in scheduled increases in the superannuation rate, as they are known years in advance.  So, for employees under an award that sets an ordinary earnings rate, and superannuation is paid on top of that, they just received an increase in overall remuneration, which was likely the negotiated intended outcome all along.

The applicable rate is based on when the employee is paid – the pay period covered is irrelevant.  For example, if an employee’s wage is paid on 8 July, covering the fortnight 25 June to 8 July, the 10% rate applies to the entire amount of wages.

SMSFs and small APRA funds can now have up to six members, up from the prior limit of four.  Whilst there can be benefits from having a larger pool of financial resources in the one fund, a number of matters ought to be given careful consideration.  These includes things like decision-making possibly becoming a little more involved, and the extent of differences in members’ ages, priorities, risk appetite and financial knowledge.

The offset was legislated to cease from 1 July 2021, in combination with the Stage 2 income tax cuts.  However, you might recall from last year’s Budget that those Stage 2 cuts were brought forward by a year.  Accordingly, the cessation of the LMITO would have then created the optics of a tax increase for those earning less than $126,000.  It has been retained for another year, now to cease on 1 July 2022.

Companies engaging in eligible R&D activities can avail themselves of this offset, which is worked out at a premium to the particular company’s tax rate (ie, 25% or 30%).  For companies with group-wide turnover of $20 million or more, changes applying from 1 July include a two-rate premium.  Companies that commit a greater proportion of their expenditure to R&D are rewarded with the higher premium rate on the incremental expenditure beyond a set threshold.

Where group-wide turnover is below $20 million, the offset is refundable, and the cap on eligible R&D expenditure will rise from $100 million to $150 million per annum.

A key element of effectively managing your tax affairs is giving attention to matters in advance.  Leaving it until after might mean the optimal outcome is no longer an option. Talk to your trusted Nexia Edwards Marshall advisor about these or any other matters concerning your business or personal tax affairs.